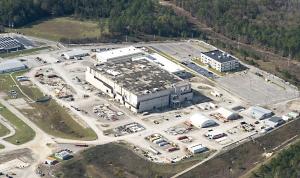 The Federal Defendants have mischaracterized legal standing requirements for bringing a claim under NEPA and have ignored clear harms to the Plaintiffs’ interests – their arguments are without merit.”
— Leslie Lenhardt, lawyer with the South Carolina Environmental Law Project

Attorneys for Nuclear Watch New Mexico, Savannah River Site Watch, Tom Clements, Tri-Valley Communities Against a Radioactive Environment and the Gullah/Geechee Sea Island Coalition filed a response to the motion to dismiss the case before the U.S. District Court in Aiken, SC on Monday.

The Federal Defendants sought dismissal on an alleged lack of constitutional standing and an assertion the Congressional mandate to increase production to at least 80 pits per year by 2030 means the agencies have no discretion in implementation of the mandate.

According to Monday’s filing, DOE and NNSA’s pit-production plan—which would involve extensive processing, handling and transportation of hazardous and radioactive materials—presents a real and imminent harm to the plaintiffs and to communities surrounding the production sites. Further, Congress’s 80-pit mandate does not obviate the need for a Programmatic Environmental Impact Statement (PEIS), required by the National Environmental Policy Act.

“The Federal Defendants have mischaracterized the legal standing requirements for bringing a claim under NEPA, ignored clear harms to the Plaintiffs’ interests that the government has already conceded will occur, and have challenged a claim that Plaintiffs did not bring; namely, that the court has jurisdiction to rule on the validity of a Congressional mandate. Their arguments are without merit,” said Leslie Lenhardt of the South Carolina Environmental Law Project, a nonprofit law firm representing the multi-state coalition.

Tom Clements, director of SRS Watch in Columbia, SC, said “The arguments filed for DOE by Department of Justice lawyers widely miss the mark and the court should allow the case to proceed.”

The groups sued DOE and NNSA in June over the agencies’ failure to analyze plans to quadruple the production of plutonium pits at the Los Alamos National Laboratory in New Mexico and the Savannah River Site in South Carolina. Instead of undertaking a new review, NNSA is relying on a supplemental analysis of an outdated PEIS and a separate standalone review on the Savannah River Site.

“What happens at the Savannah River Site will not remain there. In fact, the environmental pollution will find its way into the watershed that travels to the coast. This is the same coastal area that we are working to protect via 30 x 30 and resiliency planning in South Carolina. So, it is antithetical to that effort and counterproductive to seek to restore and protect one area of South Carolina while allowing an environmentally harmful project such as this to go forth in another area,” Queen Quet, founder of the Gullah/Geechee Sea Island Coalition, said. “The lack of PEIS that allows all people an opportunity to comment on the actual impacts to our cultural communities shows that there has been no informed consent granted by those whose land, waterways, health and overall quality of life will be negatively impacted by these plutonium pits being created. What is use of making land more resilient if you harm the health of the people? We need to invest in the sustainability of cultural heritage communities such as the Gullah/Geechee Nation by sustaining the environmental health of the Carolinas. We are already battling for that. We do not need this battle to compound the war of environmental injustice!”

Jay Coghlan, director of Nuclear Watch New Mexico, commented, “The government has yet to explain to American taxpayers why it will spend more than $50 billion to build new plutonium pit bomb cores for new-design nuclear weapons when we already have thousands of existing pits proven to be reliable for a century or more. This has nothing to do with maintaining the safety and reliability of the existing stockpile and everything to do with building up a new nuclear arms race that will threaten the entire world.”

Unanalyzed impacts of pit production would involve numerous sites across the country, including the Waste Isolation Pilot Plant in New Mexico, the Pantex Plant in Texas, the Y-12 National Security Complex in Tennessee and the Kansas City Plant.

The new plutonium pits are first intended for the W87-1, a new nuclear warhead under development at Lawrence Livermore National Laboratory (LLNL) in California and slated for the new Ground Based Strategic Deterrent missile.

Marylia Kelley, executive director of Livermore-based Tri-Valley CAREs stated, “My organization has obtained government documents disclosing that expanded pit production will introduce new plutonium dangers in my community – and the NNSA’s failure to produce a program wide review leaves those risks unexamined and unmitigated. We have proof that plutonium will be sent through multiple states to Livermore for ‘materials testing’ in support of pit production. Initial funding for new plutonium gloveboxes at LLNL is in the FY22 budget request. Moreover, the government has left unexamined the relationship between the W87-1 under development at LLNL and the elective decision to change the pit design in this warhead.”

Kelley concluded, “We have a right to know what risks our community is being asked to bear. That right is central to NEPA, and the government has no leave to ignore it. I am confident that the Court will reject the government’s specious claims.”