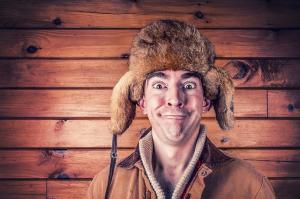 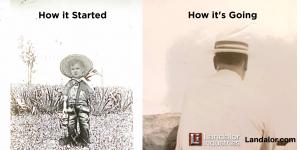 How it Started, How it’s Going with Landalor Founder, Grover Cleveland 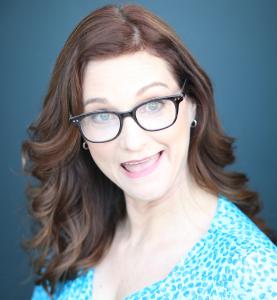 Landalor Industries is “a growing concern”

We're kind of stuck with them because they're the cheapest.”
— Tim C., Landalor Client

NEW YORK, NEW YORK, UNITED STATES, April 24, 2021 /EINPresswire.com/ — Lori Hamilton finds comedy everywhere – even in the tough life that can be Corporate America. Her satirical company, Landalor Industries, sheds light on the current controversies of the business world. See the industrial complex through the lens of a small-town business owner who pulled himself up by his (and his 19 childrens’) bootstraps to create a beloved product and become a national success.

In 1921 Grover Cleveland began making his own socks using scraps of wool he found in the street with his wife and eight children working umpteen hours a day at looms out of an old barn. The business grew and Landalor had to adopt more children, to keep up with the growing demand. Soon, he grew tired of all the activity. After divorcing his wife and sending away their 19 children, he married the wealthy, Valerie Van Buren, spending her inheritance on a variety of questionable research studies, in an effort to create the world’s tastiest potato chips.

Potato farming the Landalor way creates a lot of waste, thus Landalor learned to become highly efficient and secretive about disposing of this waste. So efficient at it that the US government offered took notice and offered him a contract to dispose of nuclear waste. Landalor accepted, and sprinkled toxic government Uranium all over his fields, carefully dumping the extra in the nearby river at night. Potatoes grew like wildfire, as did demand from repeat customers who claimed they “couldn’t get enough.”

The saga continues through the rest of Landalor’s life, following more ethically unsound, but profitable business decisions. We are left with present-day Landalor Industries, a successful, publicly owned company that sponsors Hamilton’s other comedic projects. Their company motto declares, “from our family to your family, then back to our family again.”

Hamilton is adept at offering wisdom through her comedic productions and the Landalor Industries is no exception. Creatives are tasked with observing the world around them, taking from it both its goodness and its flaws, and displaying them in relatable ways to their audience. Hamilton shows, once again, her skill at doing just that.

About Lori…
Lori grew up just outside of Northern California and attended UCLA, where she studied Linguistics and Modern British Drama. She studied Opera at The Juilliard School, New England Conservatory and Mannes College of Music. After a singing with the Boston Symphony and the Atlanta Opera, she went on to do comedy, writing and performing. Lori has written and produced over 150 short films, created and performed four one-woman shows, including a much-lauded tour with the National New Play Festival in the United States. Her talents have earned her 52 awards for creative and writing excellence, including 5 Best of Shows. Her cats did not help at all, although they take credit for providing with her constant, much-needed supervision. To see more of her work, visit TheLoriHamilton.com .

The History of Landalor Industries by Lori Hamilton