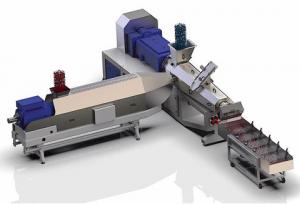 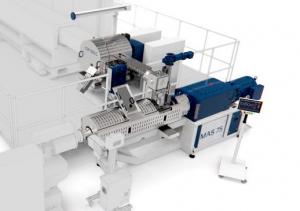 In an effort to reduce environmental impact, Pan Era-Group decided to invest in a recycling line from the Austrian MAS extrusion technology company.

CHARLOTTE, NORTH CAROLINA, UNITED STATES, January 19, 2021 /EINPresswire.com/ — Headquartered in North Jakarta, Indonesia, the Pan Era family company is a group of companies active in various business sectors, one of which being the recycling of post-consumer plastic waste which is then processed into film products. The founding of the company dates back to 1989 when its founder began grinding and washing several types of plastic waste, becoming one of the early players in this field.

In 1997, the company then progressed to producing recycled pellets, plastic shopping bags, and packaging film made from recycled material. Since then, Pan Era continues to use recycled material, and more than 95% of the plastic bags produced and sold by Pan Era Group are made using at least 80% recycled material.

In 2011, production quickly ramped up after expanding to Cikarang in the province of Banten in West Java. Within several years, the group filled almost all of its capacity. To this day, the facility is one of the most prestigious recycling plants in the region.

The group is now progressing on one of its biggest growth steps so far, the establishment of another plastic recycling plant in Cikande. The new facility is projected to be one of the largest Polyethylene recycling plants in South East Asia. At this new location, Pan Era Group will be relying on Austrian recycling technology and has ordered an ES-compound extrusion line with an output of 1000 kg PE per hour from MAS.

The "plus" of the MAS-extrusion-technology: Gentle polymer plasticization

MAS stands for innovative extrusion technology, specifically with their conical, co-rotating, twin-screw-extruders. They are available in six sizes, from the MAS 24 laboratory extruder with an hourly output of 10 kg PE up to 2,000 kg / h at the top end. The range is supplemented by MAS’ state of the art CDF melt filters that utilize rotating disc filters and the DRD-centrifugal-cleaners for the pretreatment of input materials, especially for drying and the waterless separation of solids.

Based on MAS’ unique conical, co-rotating, twin screw design philosophy, the conical MAS-extruders offer a specific property profile that is ideal for complex recycling and compounding tasks. An important characteristic is the uniform plasticization at a comparatively low to medium pressure and shear level, documented by measurements of physical end-product characteristics. Their analysis shows that the qualities of the input material stay minimally degraded during processing, which is of utmost importance for recycling and compounding applications. Additionally, the screws can be easily and quickly fine-tuned to specific tasks by interchanging individual screw-segments; and the large feed opening on the extruder allows the feeding of low bulk density material such as film flakes or fibrous and powdery additives in compounding applications.

A priority of Pan Era Group's project specification was the ability to produce a one-stage-process, leading to an odorless and particle-free HDPE-quality in different colors from preselected post-consumer waste that can be directly reprocessed for film and bottling applications.

MAS area sales manager, Juergen Morosz comments: “The challenge was to correctly assess the input material in terms of its composition and degree of soiling and the system design required for processing. In close cooperation with the customer, after a series of representative material tests, we have found a process technology solution that optimally uses the potential of the MAS extruder. The ideal solution was, respectively is, a system concept derived from our ES compounder extruder cascade. It consists of a single-screw extruder for melting and plasticizing the washed and dried PE flakes and a subsequent CDF 500-D twin disc filter unit from our supply program, where particles with a fineness of 130 μm are retained and segregated. The thus cleaned material stream is then fed to the conical MAS twin-screw extruder by side-feeding in the area of the feed zone. But that was not enough cleaning.

There were still printing ink residues and odor emissions in the melt. In order to remove these contaminations, we have added a vacuum unit to the specifically large intake opening of the twin-screw-extruder and converted it into a degassing zone, where the volatile melt components can be sucked off efficiently. From there the polymer melt is conveyed further, compressed gently, and homogenized until it finally reaches a second degassing zone for second cleansing (Fig. 1). Passing an MFI-measuring station, it finally reaches the granulating unit. Since a suitable single-screw extruder was already available in the customer's plant, we only had to adapt and integrate our filter unit and the MAS extruder to the existing premises and merge the control technology (Fig. 2). It was our contribution to the best possible use of the investment budget."

Through the work of the MAS group, Pan Era Group's expectations were met, winning the project. Additionally, the system concept offers compounding capabilities that are able to achieve a high degree of homogenization in the recycled resin. As it is the core property of ES-compounder systems, there is potential that this process can expand the scope of applications to compounded materials for more technical applications. In order to achieve this, the feed zone of the MAS twin screw extruder needs to be combined with a vacuum lock through which powdered additives (such as talc or calcium carbonate) can be added without the need for additional side feeder units. In conclusion, Pan Era Group has every opportunity to expand the r-HDPE range to include material variants for technical applications.

Whatever you intend to recycle or turn into alternative fuel, eFACTOR3 can provide a custom solution. For more information, contact Hartmut Bendfeldt at 1.877.801.3232, hbendfeldt@efactor3.com, and visit www.efactor3.com.