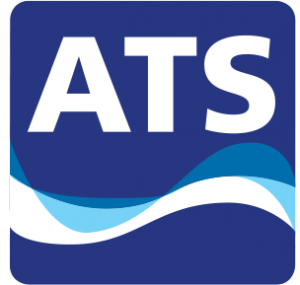 ATS do Brasil signs contract with Netherlands-based TwinOxide, a company offering a product by the same name that effectively rids microorganisms in water.

This partnership with TwinOxide of the Netherlands is starting out successful and will help us leverage ATS Brasil sales, as we continue with subsequent contracts in the works.”
— Reinaldo Stelzer

MIDVALE, UTAH, UNITED STATES, October 14, 2019 /EINPresswire.com/ — ATS do Brasil is happy to announce that it continues to grow its Brazilian operations within the water treatment industry with the contract signing of TwinOxide® – a company that offers an advanced and unique delivery system where two powder products work in tandem to create safe chlorine dioxide. TwinOxide is based out of the Netherlands and is already selling in Brazil.

The concept of TwinOxide is in the marrying of two products that, when applied to water, react to create stable chlorine dioxide solution. With superior disinfection power, the product can easily be stored for five years. Effective against all microorganisms, TwinOxide is a selective oxidizer, meaning it doesn’t react with e.g., ammonia. It’s also explosion-proof, non-carcinogenic, and eco-friendly, and can be used without any distribution by-products (DBP’s) without residues.

The ATS team is undergoing training and qualification to acquire the best knowledge of the product, which is suitable for industries in various sectors, such as meat and dairy producers, food processing plants, breweries, beverage companies, paint industry, automotive industry, along with hospitals, clinics, laboratories, and fruit farms, in addition to other clean in place (CIP) applications. Twin Oxide can also be used in small water treatment plants. ATS do Brazil started testing the product in sizeable multinational food industries with successful results.

Reinaldo Stelzer, manager of ATS do Brasil, is excited about the contract and what it means for ATS saying that even though they just got the contract recently, sales have poured in. “This partnership with TwinOxide of the Netherlands is starting successfully, to leverage ATS Brasil sales. We continue with subsequent contracts in the works.”

One of the features of TwinOxide is that it doesn’t generate trihalomethanes, (THM) Haloacetic acids, (HAA) or Adsorbable Organic Halides (AOX) products. The pH level also remains consistent and the contact time is swift. Because it works for 72 hours, it prevents the growth of microorganisms.

This contract will ensure ATS do Brasil’s growth in Brazil. With new products on the horizon, it also enables ATS to expand its market in South America and into a more significant role in agriculture.

About ATS do Brasil

Created in 2017, ATS do Brasil is a leading water treatment company and a wholly owned subsidiary of ATS, a U.S. based company. Located in Vinhedo, São Paul, ATS do Brasil, serves the communities of São Paulo and other areas in Brazil and employs a talented team with a mission that includes treating drinking, waste, sanitation, and agricultural water, as well as lakes and rivers with golden mussels.

Based out of the Netherlands, TwinOxide International offers proven ecological water solutions with the distribution of their products worldwide, including the U.S., France, Denmark, Spain, and now Brazil. Applications of TwinOxide are found in municipal water treatment, industrial water treatment, livestock, horticulture, oil and gas, food and beverage, meat and poultry processing, fishing industry, commercial and institutional, recreation and leisure, marine, and more.