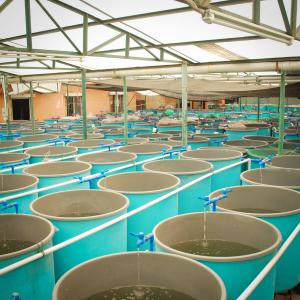 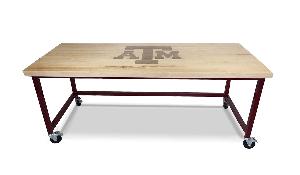 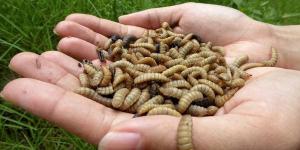 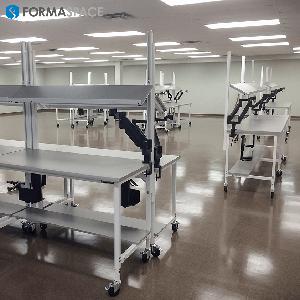 Food and agriculture lab researchers from around the world are developing new feedstock products for the growing aquaculture market.

AUSTIN, TX, USA, September 3, 2019 /EINPresswire.com/ — Food and agriculture lab researchers from around the world are developing new feedstock products for the growing aquaculture market, while pharmaceutical companies are investing in aquaculture-derived tests and drug treatments.

We take a look at some of the most interesting new developments.

1. Algae Oil Feedstocks Provide A Source Of Omega-3 Fatty Acids For Farmed Salmon
Did you know that farm-raised salmon don’t have the same rich supply of DHA and EPA Omega-3 fatty acids as wild salmon stocks do?

Two new companies are focused on developing algae-based feedstocks that give farm-raised salmon the supply of heart-healthy Omega-3s that consumers are looking for – without having to rely on fish oil supplements.

The first company is Veramaris, which recently opened a production facility in Nebraska to produce a natural marine algal oil feedstock product. The second is the Israeli firm TransAlgae. Their algae-based feedstock can be fed to freshwater and marine fish as well as crustaceans. TransAlgae says its feedstock can be adjusted to also deliver a variety of medications and supplements, including growth promotion agents, immune-modulators, and vaccines.

2. Creating The New Insect-Derived Feedstocks For Aquaculture
Insects are an important part of the diet for many species of fish.

Taking a cue from nature, the company Nutrition Technologies is placing its bets on developing new aquaculture feedstocks made from insect-derived protein.

Feedstock production at Nutrition Technologies is now in the pilot program stage, with trials being held in Malaysia, where their test facility can currently produce 10 metric tons of insect-derived feedstock meal per month. According to the company CEO Nick Piggott, the operations will expand over the coming 18 months to produce 200 metric tons a month.

The new product, called SylPro, is a yeast single-cell protein (SCP). The twist is where the SCP comes from – it’s derived from wood by-products in a special fermentation process.

This “wood to food” platform, as Abriom likes to call it, could replace the use of fish meal or plant protein concentrates used in aquaculture feedstocks – thus reducing the demands on harvesting small fish stocks from our oceans as well as lessening the need to devote increasing amounts of land-based farm acreage to growing feed for aquaculture.

4. Recovering Protein From Industrial Food Production Processes
Wood is not the only organic product that offers the promise of protein as a by-product.

The Hong Kong-based company iCell Sustainable Nutrition is taking a wider look at food production across the spectrum, from canning vegetables (such as tomatoes), brewing beer, manufacturing dairy products – even producing protein-rich foods, such as beef or chicken.

In each of these cases, the by-products of production, which would otherwise be washed down the drain, can be used to grow protein-rich bacteria that can be used as feedstock in aquaculture.

5. Genetic Engineering In Aquaculture – A Solution Whose Time Has Come?
What if aquaculture farmed fish grew faster than their counterparts in the wild?

Achieving this goal has been the ambition of AquaBounty Technologies since its founding in 1991.

AquaBounty researchers were able to extract a growth-hormone gene taken from West Coast Chinook salmon (Oncorhynchus tshawytscha) as well as a growth regulatory factor from a different species of fish, the ocean pout (Zoarces americanus) – then implant the combination of these genes into an Atlantic salmon species (Salmo salar).

The resulting hybrid fish – all sterile females – grow to market size in half the time as regular Atlantic salmon.

Final FDA approval was awarded back in 2015, but US consumers aren’t expected to be able to purchase the fish until sometime in 2020 once AquaBounty’s new 40-acre fish farm outside Muncie, Indiana reaches full production.

Marine Pharmacognosy – Uncovering Pharmaceuticals From The Oceans
While laboratory researchers have been busy uncovering solutions for feeding the world’s growing aquaculture industry, pharmaceutical companies have been investigating exciting new medically-useful compounds and drug treatment discoveries that lie beneath the ocean’s surface.

Perhaps the most commonly known ocean creature used in medical diagnostic science is the horseshoe crab – one of nature’s living fossils. The horseshoe crab’s blood (which is actually blue, not red) is used around the world to perform the LAL or Limulus amebocyte lysate test. This is an insanely accurate test to detect the presence of bacteria in blood, and its role in assuring the safety of blood transfusions, surgery, and the like, has been nothing less than lifesaving.

But not for horseshoe crabs, as the demand for these diagnostic tests have caused them to be harvested to near extinction. Fortunately, a new test, recombinant factor C (rFC), has come to market, which does not require horseshoe crab blood.

Horseshoe crabs are just one example. Pharma researchers are investigating all types of marine organisms for medical use, from antibacterials, immunomodulators, antifungals, and anti-inflammatories, to cures for malaria or even cancer.

This Crab’s Blood May Have Saved Your Life