The consultations made clear that the reductions can be met with proven technologies currently operating at commercial scale around the world.”
— Ian Thomson

VANCOUVER, BRITISH COLUMBIA, CANADA, December 20, 2018 /EINPresswire.com/ — In a significant development for the clean fuels sector, Environment and Climate Change Canada released today the Regulatory Design Paper reflecting a year of intensive consultation on the national Clean Fuel Standard (CFS). The CFS will be implemented in 2022 for the liquid fuel stream, and in 2023 for gaseous and solid fuel streams, with 30 MT of annual reductions from all streams by 2030.

The CFS design includes the following key elements.
• Liquid fuels – of which transportation consumes 80% – will shoulder 23 MT of the 30 MT CFS total, with reductions to come from clean fuels such as biofuels, electric vehicles, renewable natural gas and hydrogen
• Reductions will also come from refinery improvement and upstream projects under protocols to be developed
• Cross-steam credit utilization, early period credit generation, and carry-forward of unmet credit obligations are amongst the additional compliance flexibilities for obligated parties
• A compliance credit market system to support clean fuel credit generation, trading, and regulatory compliance
• Canada’s Renewable Fuel Regulations’ volumetric mandate will be incorporated into the CFS at existing levels (5% in gasoline, 2% in diesel)
• Indirect land use changes will not have a carbon intensity factor, but measures will be adopted to protect against adverse environmental impacts

Advanced Biofuels Canada released the following comment by President Ian Thomson. “Our federal government has kept the promise that this would be a modern, flexible regulation using a proven, cost effective approach. Many stakeholders said that transportation was the logical place to find the majority of reductions, and the CFS design follows that recommendation. The design addresses a number of concerns expressed by fossil fuel producers, with a range of compliance options. The consultations made clear that the reductions can be met with proven technologies currently operating at commercial scale around the world. The CFS design sends a compelling signal to the global clean fuels and investment sectors that Canada is prepared to widely deploy these technologies in the decade ahead.”

“Further, expanding use of clean fuels gives consumers more choice at the pump and creates economic benefits both in cities and rural communities across Canada. Our abundant, sustainable resources can produce low carbon, advanced biofuels from agricultural and forest biomass and a variety of diverse waste streams.”

To complement the CFS, Advanced Biofuels Canada and other advocates have called for the federal government to work with industry to develop a Clean Fuels Plan to ensure that the economic benefits of the CFS are realized in Canada. A multi-year initiative would support domestic production and distribution of low carbon fuels and put Canada on the path for continued reductions after 2030. Alignment of carbon pricing and fuel taxation with the CFS objectives would be a core element of this plan.

Thomson added, “In the heated debate about how best to move to a much lower carbon economy, what is often missed is that BC, California, and others have been on this path for almost a decade, expanding their economies while using low carbon fuels with negligible impact on fuel costs. These regulations work; they’re smart because they increase market competition and, with improved clean fuel and clean vehicle options, consumers are the winners.”

The clean fuel standards regulatory framework can be accessed at: http://www.advancedbiofuelscanada.ca/cfsregdesignpaper 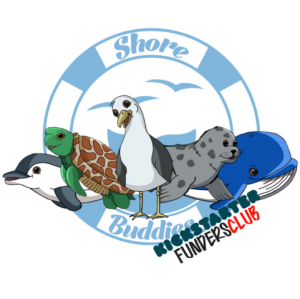 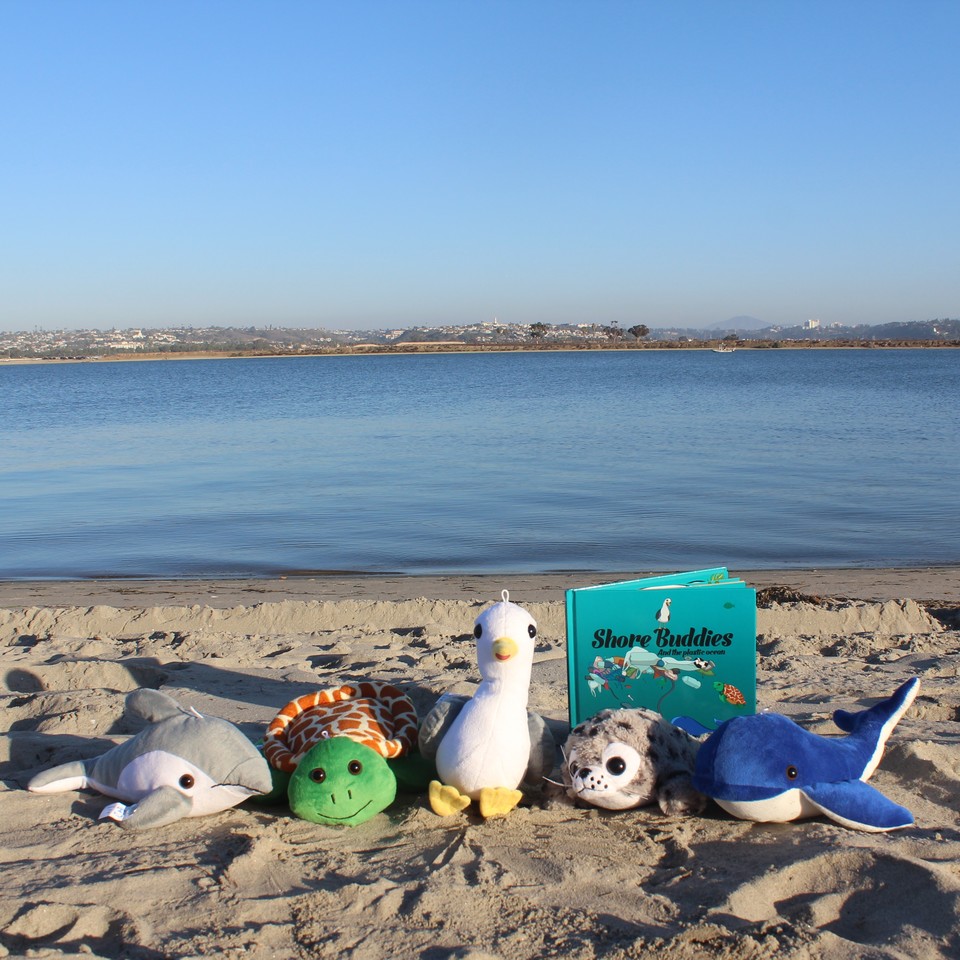 The KICKSTARTER campaign featured Shore Buddies’ first children’s book “Shore Buddies And the Plastic Ocean”. The book tells the story of 5 friends (the Shore Buddies) joined together in one mission to fight plastic pollution in the ocean. Find out what they discover and what you can do to help save marine life and keep plastics out of the oceans. Shore Buddies is encouraging educators to use the book to teach kids about plastic pollution, recycling and ocean conservation. One of the popular packages of the KICKSTARTER campaign was the “EDUCATOR PACKAGE” which includes 2 copies of “Shore Buddies And the Plastic Ocean” and 3 of the stuffed animals made from recycled plastic bottles.

All stuffed animals as well as the book will be available for purchase at www.shore-buddies.com on December 18, 2018. For wholesale inquires please contact sales@shore-buddies.com

Our partnership adds to our waste management solution and aligns with our strategy to save healthcare providers time and money”
— George Shanine, CEO MedPro

NAPERVILLE, ILLINOIS, UNITED STATES, December 6, 2018 /EINPresswire.com/ — MedPro, a leader in waste management disposal services, is pleased to announce its new partnership with PCIHIPAA, a leading Payments Card Industry (PCI) and HIPAA compliance provider. The partnership is focused on protecting MedPro clients from the onslaught of HIPAA violations which include ransomware attacks and data breaches impacting medical and dental practices throughout the United States.

According to the site HHS.gov (U.S. Department of Health and Human Services), over 870,000 patient records were breached just in the month of July 2018. Protected Health Information (PHI) continues to be under attack as hackers strive to monetize the stolen data on the dark web. The types of HIPAA violations most often identified are:

“At MedPro we are building a center of excellence for all healthcare providers. We vetted many HIPAA compliance providers and believe PCIHIPAA’s OfficeSafe Compliance Program is the right program to add to our current product suite. Our partnership adds to our waste management solution and aligns with our strategy to save healthcare providers time and money, said George Shanine, CEO, MedPro. “We are looking forward to working with PCIHIPAA and providing our clients with an added layer of savings, confidence, and peace of mind."

“We are excited about our partnership with MedPro. They have saved the healthcare industry millions of dollars on waste management services, and continue to push the envelope with helping healthcare providers. PCIHIPAA aligns closely with MedPro because we also help practices save time and money on Payment Card Industry and HIPAA compliance.” said Jeff Broudy, CEO of PCIHIPAA. “We are changing lives by removing the uncertainties surrounding compliance and patient data privacy and security issues. We find that many practices don't have the resources to navigate HIPAA law, and are unaware of even their most common vulnerabilities.”

About MedPro
MedPro was founded in 2009 out of a need for lower cost medical waste disposal services after hearing complaints about regular and frequent price increases within the waste disposal industry. The company began in Illinois and has grown into a premiere waste disposal company, servicing 44 of the 50 states. MedPro provides regulated pick-up, transportation, treatment and disposal services for regulated medical waste, biohazard waste, sharps, and pharmaceuticals (RX). They also provide a mail back sharps container service and safety compliance training.

About PCIHIPAA
PCIHIPAA is an industry leader in PCI and HIPAA compliance by providing turnkey, convenient solutions for its clients. Its OfficeSafe Compliance Program is “award winning” and takes the guesswork out of compliance while providing the assurance and insurance healthcare providers need to protect their future. PCIHIPAA was recently voted one of the Top 10 Healthcare Compliance Company’s of 2017. Learn more at OfficeSafe.com and PCIHIPAA.com

Today’s announcement builds on a decade of smart, hard work by provincial staff and political leaders. An increased LCFS is a vote of confidence in the capacity of biofuels to deliver.””
— Ian Thomson

VANCOUVER, BRITISH COLUMBIA, CANADA, December 6, 2018 /EINPresswire.com/ — The Government of British Columbia released on December 5th its CleanBC climate plan, which charts a path to 19 million tonnes of greenhouse gas emissions reductions by 2030—an ambitious yet achievable set of measures that put low-carbon biofuels at the forefront of the Province’s climate efforts. It also puts BC firmly in a leadership role on the national stage.

Highlights from the CleanBC plan include:
• Strengthening the low carbon fuel standard to a 20% reduction in fuel carbon intensity by 2030
• Supporting ramp up of new renewable fuel production to 650 million litres by 2030
• Zero-Emission Vehicles to make up 10% of new light duty vehicle sales in 2025, 30% in 2030, and 100% in 2040
• 15% minimum renewable content in industrial natural gas consumption, and cleaner industrial operations through electrification, CO2 storage, and direct air capture
• Improved energy efficiency in buildings

The 19 million tonnes of reductions in the CleanBC plan represent approximately 75% of the Province’s overall emissions reduction goal in 2030. The remaining 25% of the reduction measures will be determined over the next 18 to 24 months and will include new clean energy options, waste management, and reducing emissions in forestry, land use and agriculture. The CleanBC plan suggests that by 2030, over 40% of diesel and 10% of gasoline could come from biofuels.

Advanced Biofuels Canada released a statement today by President Ian Thomson. “CleanBC is sending an excellent signal at an opportune time. Today’s announcement builds on a decade of smart, hard work by provincial staff and political leaders. The convergence in BC of sustainable feedstocks and robust technologies can spur new production of low-carbon biofuels and create sustainable jobs across the province, with existing biofuel options continuing to provide a foundation for new fuels. BC’s renewable and low carbon fuel regulation has already reduced emissions by 6.37 million tonnes between 2010 and 2016. An increased LCFS is a vote of confidence in the capacity of biofuels to deliver.”

Advanced Biofuels Canada applauds the Government of Ontario for stronger renewable fuel requirements and new incentives to expand use of low carbon biofuels.

Key elements of the climate plan:

1. Renewable content (e.g. ethanol) in gasoline will increase to 15% as early as 2025 under the Greener Gasoline regulation
2. Increased use of renewable natural gas and other lower carbon fuels will be encouraged
3. Large emitters will be subject to emission performance standards
4. A Carbon Trust Fund ($350M) and Ontario Reverse Auction Fund ($50M) will provide financial assistance for emissions reduction initiatives

The plan builds on the amended Ethanol in Gasoline and Greener Diesel regulations that come into effect January 1, 2020.

Advanced biofuels can reduce GHG reductions by up to 115% below fossil fuels.

Thomson concluded, “We applaud the new initiatives to expand use of advanced biofuels in Ontario and look forward to working closely with the Province to implement the Made-in-Ontario Environment Plan measures. Incenting private sector innovation, with a welcome mat to low carbon fuel producers, will be critical to meeting the our climate goals.”

Advanced Biofuels Canada/ Biocarburants avancés Canada is the national voice for producers, distributors, and technology developers of advanced biofuels. ABFC promotes the production and use of low carbon advanced biofuels in Canada, which our members supply across North America and globally. These companies have invested in processing and supply chain operations in Ontario and are actively bringing to market the next generation of low carbon biofuels. Since 2005, ABFC has provided provincial and federal leadership on sound biofuels policies to expand clean energy options, achieve measurable climate action results, and stimulate new investments and clean growth. For information on Advanced Biofuels Canada and our members, visit: www.advancedbiofuels.ca.