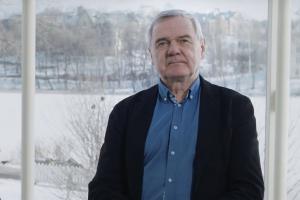 We are delighted that the builder has selected our in-situ EKOGRID technology to transform land into a high-value retail site. Compared with dig and dump, EKOGRID is cleaner and more cost-efficient.”
— Erkki Lindberg, CTO, Eko Harden Technologies

HELSINKI, FINLAND, September 4, 2018 /EINPresswire.com/ — Contaminated land and water remediation specialists Eko Harden Technologies today announces that it has finalized remediation by its EKOGRID solution for builder Rakennuspalvelu J. Nyström Oy to eliminate oil hydrocarbons and polycyclic aromatic hydrocarbons (PAHs) in a 2,000m² polluted plot of land on the outskirts of Helsinki.
Once remediated using the firm’s in-situ EKOGRID technology, the builder will transform the industrial plot into 22 warehouse and industrial premises units with a selling value of €2,500,000.

“Like so many Finnish builders, we are environmentally conscious so using the traditional dig and dump method for land remediation is irresponsible,” says Jani Nyström, Managing Director, Rakennuspalvelu J. Nyström Oy. “All we would do with the dig and dump method is relocate the pollution and we also estimated that there is a risk of increased digging associated with any dig and dump project.”

Although there is a vast interest for in-situ and more ecological treatment of contaminated soils, it is still relatively rare as dig and dump is still the prevailing solution. In 2017, there were about 300,000 tons of excavated contaminated soil in Helsinki alone.

According to the European Environment Agency, there could be as many as 2.5 million contaminated sites such as this Helsinki commercial plot across Europe. The soil on this site is contaminated by oil hydrocarbons with a volume of 200 m³ weighing approximately 300 tonnes.

Eko Harden has inserted 72 EKOGRID steel rod electrodes into the polluted area for the electrokinetic oxidation remediation to begin and one EKOGRID control unit managing the process. The remediation lasted 9 months.
By tapping EKOGRID technology for the soil remediation, the land owner and builder increased the value of the site, obtained permission to build the new commercial site and increased the return on investment through reducing the cost of the remediation process by an estimated €50,000 compared with the polluting dig and dump method.

“Clearly, we are delighted that the builder has selected our in-situ EKOGRID technology to transform its land into a high-value retail site,” says Erkki Lindberg, CTO of Eko Harden Technologies. “Compared with dig and dump, EKOGRID technology is cleaner and more cost-efficient.”

Eko Harden and its EKOGRID is fast becoming the partner-of-choice of government agencies, municipalities, land developers and energy companies alike to eliminate environmental disasters. EKOGRID electrokinetic oxidation technology produces controlled low voltage pulsed electric field in a polluted area to amplify the remediation power of nature. The patented technology has proven to be an ecological, sustainable and cost-efficient way for remediating the environment already in fifteen countries across all continents.

Eko Harden Technologies aims to become one of the world’s leading providers of greentech and cleantech technology and service providers for use by governments, United Nations agencies, local municipalities, industrials and energy companies. Its patented EKOGRID technology supports the growth of global wealth and health in a sustainable manner by removing chemical pollutants in both soil, groundwater and sediments in-situ by advanced oxidation and enhanced bioremediation. Visit http://ekogrid.fi/.